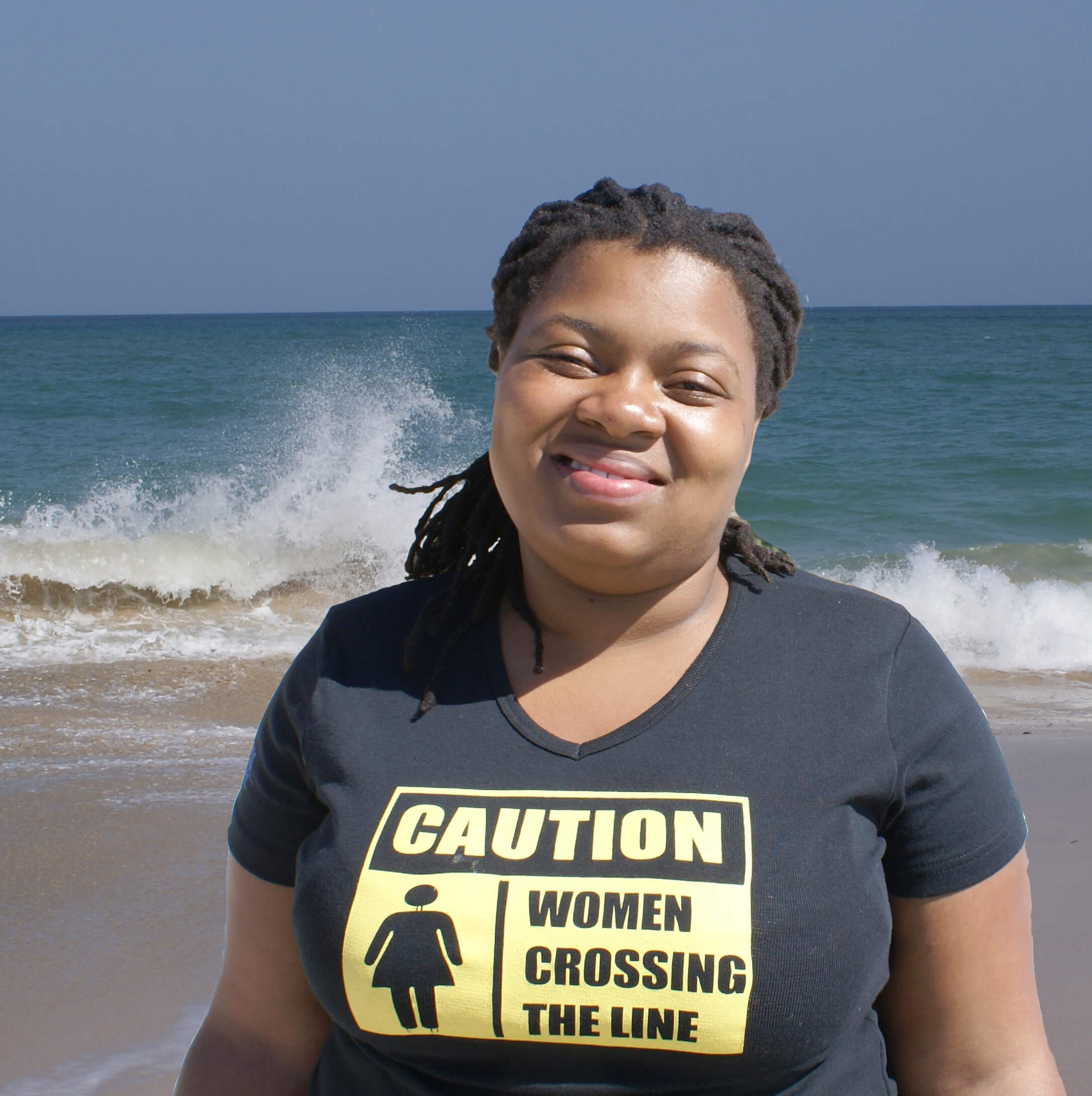 I live in Cape Town; South Africa.  I was born in a small remote rural village in the Eastern Cape called Mqanduli. Even if I were to go anywhere in the world I would still go back home because it is the place that reminds me of who I am; it keeps me grounded. I […]

I live in Cape Town; South Africa.  I was born in a small remote rural village in the Eastern Cape called Mqanduli. Even if I were to go anywhere in the world I would still go back home because it is the place that reminds me of who I am; it keeps me grounded. I have worked in countries like Malawi and Zambia.

Currently, I am a writer, an entrepreneur and also someone who works for a feminist movement building organisations.  Thus far, my work has focused in building feminist movements in Zambia and Malawi. I have found it incredibly exciting to work with groups of women to move from a naive awareness of their reality to a more political awareness such that the women themselves start processes, campaigns and initiatives that confront and challenge power.  In addition, working on initiatives to strengthen and amplify a political voice of young feminists in the Southern African region has been inspiring as I am still part of this collective of young feminists in the region.  I believe that in the next 5 years or so Southern Africa will have a strong collective of young African feminist.  If I were to dream out loud I would love to see the young women in the region mobilising and organising around a collective issue that would dramatically shift the realities of young women (and other women) in the region.  I mean the issues can go from the state policing on women’s bodies to the availability of basic things like sanitary pads for young women.

It probably sounds cliche’d but I owe my feminism to my grandmother.  I grew up with 4 cousins and she was the only person that was looking after us as our mothers had to work in the nearby towns. Among us children none of us had a father present in our lives, so a male presence was a foreign thing in our house. I am not suggesting that grandmother did not give the boys preference in something’s like house chores but she also taught us independence of being able to do things like shopping without her.  Knowing that you had been given a huge amount of money for the month’s groceries was scary because it meant that if you lost the money there would be no food for the whole month.  So even then we learned to be careful with things like money.

It is easier to know that you are a feminist than to know why you are a feminist. The history and the context of African women does not leave women any choice but to be feminist or have a feminist ideological premise of analysis of issues. With that said I think that the term feminism can be limiting to a lot as women who are feminist can easily reject it as they think that they have to act and speak a certain way if they call themselves feminist.   I also think that because feminism cannot be easily translated into many African languages, it is seen as an ideology of the educated.  Whilst acknowledging that this may be an old argument, I also think we need to do more to address it.

I am inspired by teenagers who are so sure about what they want to do about their future and the amount of knowledge that they have about sex, contraceptives, etc at a very young age.  I am also inspired by examples of women who would want to stand up to harassment and demand respect and dignity.