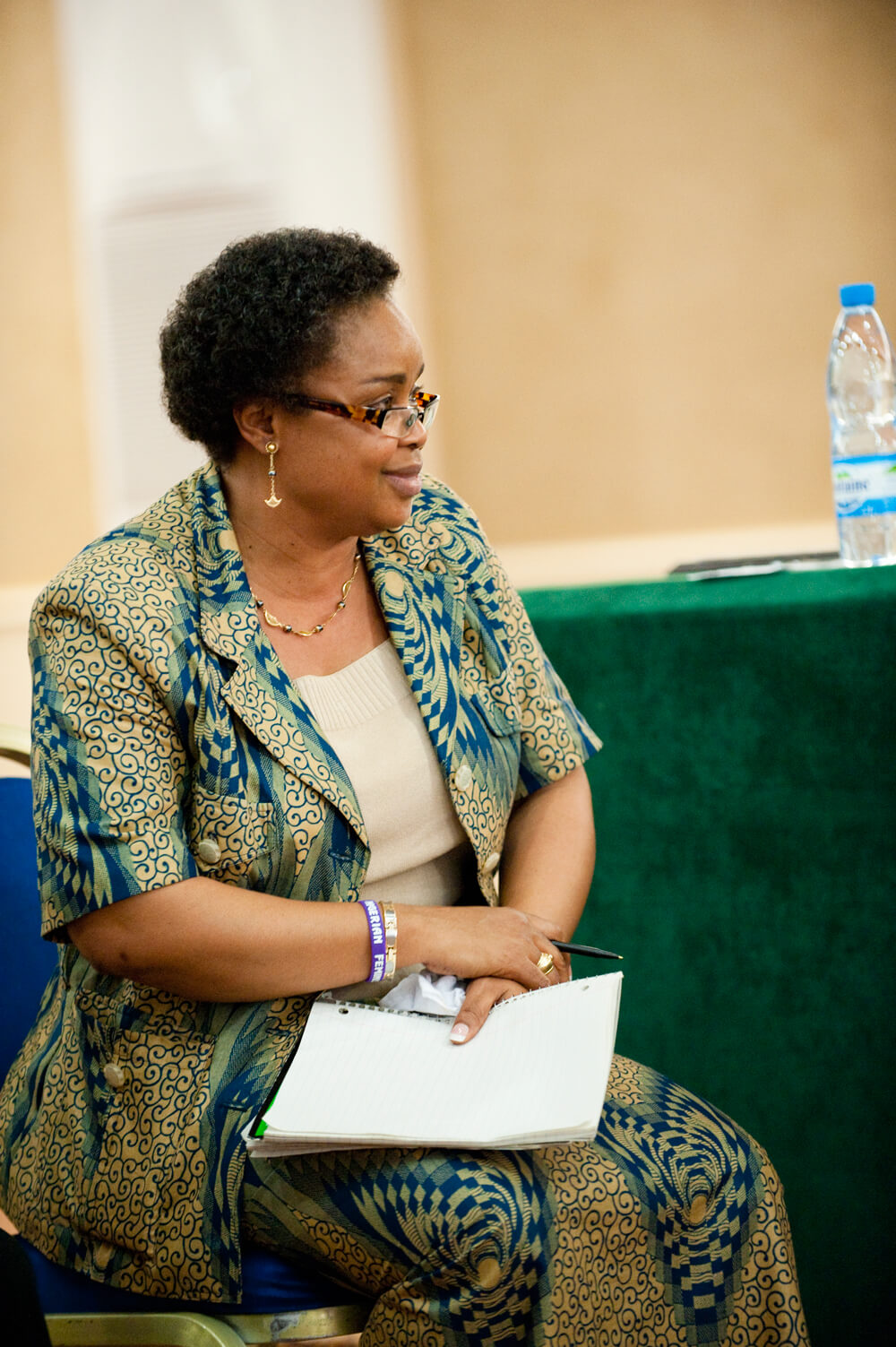 I live in Douala, Cameroon. I am a member of FIDA (International Federation of Women Lawyers) Cameroon. This is a women’s human rights organisation that seeks to address the key issues that affect the rights and dignity of women and girls in Cameroon. I am also a member of the National Commission on Human Rights […]

I call myself a feminist because during the course of my work with FIDA Cameroon I am constantly confronted with the realities of injustices against women. Personally I connect to the extreme loss and indignation that result from having to engage with women whose lives seem characterised by indignity, loss, and also so much psychological pain. Sometimes I feel like our responses to these realities are like patching a wall on a shaky foundation. This therefore is my foundation of my own analysis and consciousness of the discrimination and inequality that exist in the society. My feminism is driven by the need to strive daily for equality between men and women and to pave the path to women’s equality and bring change in the living conditions of women who form the majority of the “have – nots” and as a result need protection. I see the need to address the issue of obnoxious and vexatious laws that propagate the discrimination against women.

In terms of the challenges of the African Feminist Movement, I believe we encounter the backlash that happens as a result of misconceptions of being branded as “hysterical females who are not capable of keeping their reason and passion in balance”. Feminists are often shunned in a society where patriarchy is prevailing and are thought to have borrowed strange ideas from western cultures. African feminists face the challenge of breaking free from stereotyping roles given to women and are often frustrated in the process of trying to help women get out of the mould or cocoon built for them by the society. At the collective level, in Cameroon, the feminist movement is weak and lack support from other women especially the younger generation, who may not want to identify with their ideals.

However, every challenge does come with solutions. I believe we need to promote synergy between African Feminists Associations and give space to groups that consider themselves marginalized. We also need to actively and consistently tackle the project of bringing younger feminists into the fold. We have many advantages such as cyberspace and other ICT forums that can help us reach more women (especially young women) and we have to use them strategically and creatively.

In my own life, I resist any attacks against me and my person or anything that I stand for as a feminist. I am personally involved in education of all and sundry on women’s human rights. Both the men and women, perpetrators and victims of violence and discrimination are my target for education and legal redress is sought for the battered and indigent woman. I am also deeply committed and engage in encouraging the younger generation to join the movement at any opportunity available.

I am inspired by women never give up, who believe in themselves by standing up for their rights as human beings, resisting subordination and male chauvinism and dominance. Men who shun discrimination and fight for the well being of women everywhere also inspire me. I gain sustenance from the support and encouragement I receive from friends and family.