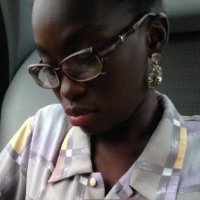 There’s no such thing as ‘the voiceless’

by Olutimehin Adegbeye “There’s really no such thing as ‘the voiceless’. There are only the deliberately silenced or the preferably unheard.” – Arundhati Roy In three years’ time, my daughter will be five years old. She will have started school, learnt to read and ride a bicycle, decided that boys are nasty and mastered the […]

“There’s really no such thing as ‘the voiceless’. There are only the deliberately silenced or the preferably unheard.” – Arundhati Roy

In three years’ time, my daughter will be five years old. She will have started school, learnt to read and ride a bicycle, decided that boys are nasty and mastered the art of asking questions I don’t know the answers to. And every day for the next three years, I will likely be there to help with homework or pick her up when she falls or admit – in person, holding her hand or kissing her – that I don’t know everything. I will be home safe, surrounded by people I love. But for Yara Sallam, Sanaa Seif, Hanan Mustafa Mohamed, Salwa Mihriz, Samar Ibrahim, Rania El-Sheikh, Nahid Sherif (known as Nahid Bebo), Fikreya Mohamed and fifteen other activists, this is not the case. For the next three years, these twenty-three activists will be in prison, simply because they had the audacity to protest infringements of their universal human rights.

Most of us will never have the prospect of prison time hanging over our heads. Personally, the inside of a jail cell isn’t something I’ve ever given much thought to, because there are things you do that get you into prison – you steal or rape or switch innocent people’s medicines, and then you need to worry about incarceration – but you don’t go to prison for meeting up with eight like-minded comrades in peaceful protest against a law that contravenes your rights, and you certainly don’t go to prison for allegedly buying water in the same neighborhood where nine activists are protesting. Right?

If you’re a woman human rights defender in Egypt, you do go to prison for these things, for three years, after spending four months in jail while the government thumbs its nose at your humanity and toys with your loved ones. You do go to prison for being a woman unafraid to use her voice to fight for the liberation and dignity of her people. The government will lie against you, intimidate and beat you, misinform and deceive people you love and trust, and keep you behind bars for no just cause because you have refused to let them get away with murder. They will attempt to use you as an example, to send out the message: be quiet or we will silence you. But they forget, this government forgets, that these women were not fighting alone on June 21, and they are not alone now. When they spoke, they spoke for all women, all children, all people – “We have rights. We demand that they be recognized.” They were speaking for me and the people I love too.

I think about what it will mean, for me, for my daughter, for other women and girls on the continent, if we allow Yara’s fight, Sanaa’s message, to be silenced in this way. I think about how it seems the easier choice is to stop fighting because there may be danger, but I know that the danger will never go away if we don’t fight. I don’t want my daughter growing up in an Africa where she has only as many rights as any government chooses to ‘give’ her. I don’t want my daughter to deal with the same worries about intimidation and gender-based violence that Hanan and Salwa and Nahid are being punished for speaking out against. I don’t want her to have to live in fear of a government that is supposed to protect her. What does it matter if I kiss her bruises and fix her scrapes now, what is the point of teaching her to use her head and follow her heart and speak her truth, if further down the line she can have her whole life snatched away for doing exactly that?

This is why I must add my voice to the cry. These twenty-three activists were not speaking for themselves alone, and so even locked up, intimidated and beaten, their voices will continue to ring out. They can not – will never – be silenced. We stand with our sisters. We rise for our sisters. For as long as our sisters are threatened, we will continue to speak out. Where they have been silenced, our voices will take over. Until they are free, we will take up the cry for justice – Yara, Sanaa, Hanan, Salwa, Samar, Nahid, Fikreya – we will use our voices until you are free to use yours once more. For my sisters and for our children, I choose to add my voice to the fight.

Olutimehin Adegbeye is a young unmarried mother and storyteller working out of Lagos, Nigeria. She identifies as a feminist and uses her writing as a form of activism. Olutimehin is part of the African Women’s Development Fund’s (AWDF) Community of African Women Writers. Click here to learn more.