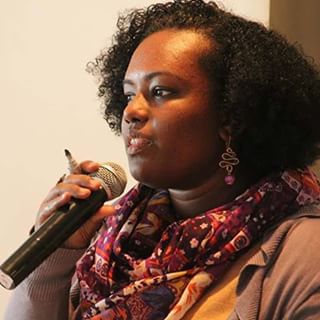 Freedom is Our Right

by Fatma Emam   In my country, we are witnessing the backlash of an incomplete revolution. We are suffering at the hands of a military junta and the Islamists who stole our dreams. In spite of this, we go on in the heat of solidarity and the power of our passion.  I want to confess […]

In my country, we are witnessing the backlash of an incomplete revolution. We are suffering at the hands of a military junta and the Islamists who stole our dreams. In spite of this, we go on in the heat of solidarity and the power of our passion.

I want to confess that due to the massive loss of souls and injuries and the agony it brings, I was not able to progress as much as a Human Rights defender. I suffer with every incidence of violence and my heart aches everyday on my way home in this grey cosmopolitan city. In Cairo, almost every big square has witnessed a massacre. We have lost a lot of people, only because they dared to dream for a better tomorrow. At one point I opted to minimize my work because I could not  function as a result of the agony it brought me.

But there are moments I could not ignore; I could not  stay away from. One of these moments was the arrest of my dear friend Yara Sallam. Yara is a friend, co worker and inspiration. Yara was arrested under the repressive protest law. She was arrested  while buying a bottle of water and her participation in the protest is contested. She has since spent almost 6 months in jail, from June 2014. Most recently,  she was sentenced to 3 years in jail (which she is appealing while in detention).

I had the privilege of being close to Yara, while working in Nazra for Feminist Studies in 2012-2013, and afterwards we remained friends.  She is a human rights defender, a great translator, a powerful lawyer and an insightful researcher. I saw her working under awful circumstances  and playing her various roles to help as much as she could. What makes Yara a very special case is that she is a human rights defender that has always prioritised women’s rights. For example, she served as the director of criminal justice in the Egyptian Initiative of Personal Rights (EIPR). In a statement made by EIPR they expressed doubt that Yara was jailed only because of the notorious protest law but rather more so because of her work.

Yara did important work in Nazra for feminist studies as the director of the Women Human Rights defenders program. She made an incredible effort to highlight women’s roles in the various waves of the revolution and made their struggles visible. I remember her saying once: ” we need reforms, not tear gas” . Yara also worked at the regional and international level to bring the case of Egyptian women to the international community, and due to her sincere efforts at the regional level she was awarded the shield of the human rights defenders in North Africa. Yara is an example to be followed and she is facing her destiny as a fighter, surrounded by the love of her family, friends and believers in social justice. Although my heart aches for Yara and all the detainees, we will not stop shouting that despotism is no longer  tolerated in Egypt. Freedom is our right  and we will earn it.

Fatma Emam is an Egyptian researcher and translator. Fatma’s research focuses on the intersection of gender, religion and ethnicity. She  is a co founder of Nazra for Feminist Studies and has served as a founding advisor of FRIDA | The Young Feminist Fund. Fatma is active in defending Nubian rights in Egypt, she was a member of the consultative committee assisting the Nubian delegate in the constitutional committee which drafted the Egyptian constitution of 2013-2014.