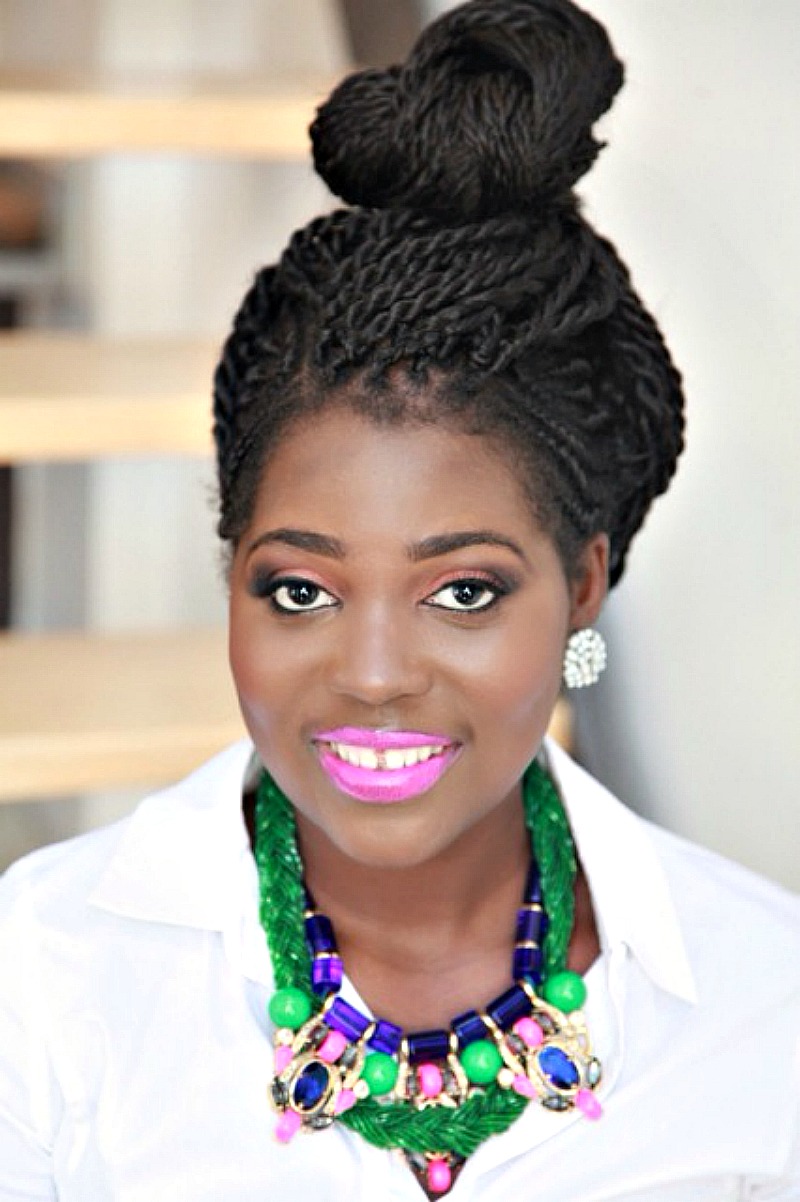 Sisterhood is my Political weapon and Feminist Tool

By Moiyattu Banya   It has been a year since 273 girls were reported missing in Nigeria, due to kidnappings by terrorist network Boko Haram. With heaviness in my heart I stop to reflect on the injustices women continue to face around the world, I realize these networks of solidarity we create, these sisterhood networks […]

It has been a year since 273 girls were reported missing in Nigeria, due to kidnappings by terrorist network Boko Haram. With heaviness in my heart I stop to reflect on the injustices women continue to face around the world, I realize these networks of solidarity we create, these sisterhood networks are what support our voices to be heard, and they are what make us thrive even when things seem grim and as if there is no way out. Bring Back Our Girls started off as a campaign, became a household slogan and is now a movement, led by African women for the girls who still remain missing. As we stand together as sisters and in solidarity, activists continue to remind the world that we cannot give up. The Bring Back Our Girls movement raised visibility to the issue of protecting the livelihoods of young girls in Nigeria against such terrible situations. The fact that we can send messages via twitter and Whatsapp to each other and a global response occurs around our issues whether it be rape, or sexual violence, or violation of the our human rights proves that the notion of sisterhood is one that has existed for centuries and continues to be a strong part of this movement. The notion of sisterhood helps us as women thrive and grow and  helps our work in order to ultimately to enhance the lives of others. Whether it be that phone call to extend your support for each other, or that sister standing next to you in a march in Nairobi we are here and not going anywhere. Our voices will remain, loud clear and consistent. Sisterhood has a strength to it, it brings us together as African women, transcends all borders, laws, and restrictions that may try to tie us down.

In the beginning of 2014, I featured a series titled Feminism and Sisterhood on my blog Women|Change|Africa. The lessons I learnt from the women I interviewed confirmed for me that sisterhood was very important to them as feminists. What struck me the most about the interviews was how Sisterhood went from the personal space to the political space for most of the women. By personal I mean everyday experiences relating to more informal matters and by political I am referring to activist work. In a sense, most of the women stated that they relied on the networks of women around them to support them personally but also in their activism work for advice in developing strategies around their activism spaces be it businesses, organizations, etc. I would therefore suggest from my experiences that women who support each other do better in their lives and in their work spheres. I would also like to suggest that the term “Sis” therefore for me is an intentional way to create authentic alliances and build relationships with African women who are truly supportive and respective of the individual and the collective.

As an African woman I have been fortunate to experience this form of sisterhood with African women I have met over the years. In July 2005  I was selected to attend a workshop in Senegal for young African Women leaders. The workshop was focused on enhancing the leadership capacity of African women, on the continent and in the diaspora. For me the single most important thing I walked away from the conference was that indeed these networks of Sisterhood of African women was important, I walked away with lifelong sisters from that space, from all over Africa. Eight years later I still keep very strong relationships with these women. To this day we all support each other on both personal and work levels.  Support may look like, providing practical interview advice to a sister who is trying to apply for a major work opportunity, supporting a sister who is running for a contest win, supporting sisters through a hard time, it became something that was natural. We were connected as sisters through our feminist activism work and it became a natural process that fed even into our personal lives.  Throughout the years, as much as we don’t see each other in physical spaces, because of the relationships we built and the continued ways we support each other, our networks have thrived and ultimately we support each other’s work because of this. Some women have received opportunities from other women, which further enhances our work, some have won competitions due to the networks voting for them etc.

Fast-forward to 2014 a workshop I attended in Uganda for African women writers, the idea that indeed sisterhood was a strong element for young African feminists became apparent.  The workshop affirmed for me that we as African women feminists thrive on sisterhood in very organic ways but also in a political space as well. At the particular workshop in Uganda we discussed everything from violence against women, to our natural hairs, to relationships, all within this framework of the unequal society that we find ourselves in as women. We debated how we own our agency as women in our different spaces of writing and in our work. For me what was most apparent was that our agency lies in our sisterhood and the relationships we built during the conference, and those that continue to grow way beyond the conference, just like my sisters in Senegal.  I made sisters once again and my community of supporters and sisters grew. These women amazed me with their intellect but also with their power and commitment to supporting our writing and personal endeavors.

Feminist Scholar bell hooks in her book “Feminism is For Everybody” states “ Feminist sisterhood is rooted in shared commitment to struggle against patriarchal injustice, no matter the form that injustice takes” .  In the political space, what connects us as African feminists and sisters is the constant fight against the injustices of patriarchal norms placed upon us.

In the later months of 2014, In Nairobi, it was reported that a woman was stripped naked for wearing short skirt and was even raped. Women gathered in Nairobi and women all around the world who weren’t in Nairobi came together wrote articles, and pushed for the issue to be raised on international platforms. This then put the pressure on governments, but also made the women feel supported that they were not alone.   Similarly in Egypt under the Mubarak regime 30 women’s human rights defenders were arrested for protesting against the Protest and Public Assembly Law in Egypt among them being Yara Sallam, Sanna Sherif, once again women came together and spoke up against such injustices. In a recent compendium for the African Feminist Forum for the 16 days Campaign stories, poems, essays are being compiled from women to express their support and solidarity against the unlawful ruling, which caused the activists to be jailed for 3 years. The support systems of sisterhood networks exists not only as personal support for each other they also exist as our political weapons as African feminists, they serve as a means for us to strategize, support each other mentally and emotionally but also support in achieving equality for women in our societies through political approaches such as marches, signing petitions etc, both of these actions which occurred respectfully in the cases mentioned.

Moiyattu is a Digital Mover and Shaker, and Writer . She currently teaches women’s studies courses at Temple University as well as does international consulting with various women’s organizations in Africa and the diaspora. She is Founder of Women Change Africa and Co-Founder of Girls Empowerment Summit Sierra Leone. Moiyattu  is part of the African Women’s Fund’s (AWDF) Community of African Women Writers. Click here to learn more.