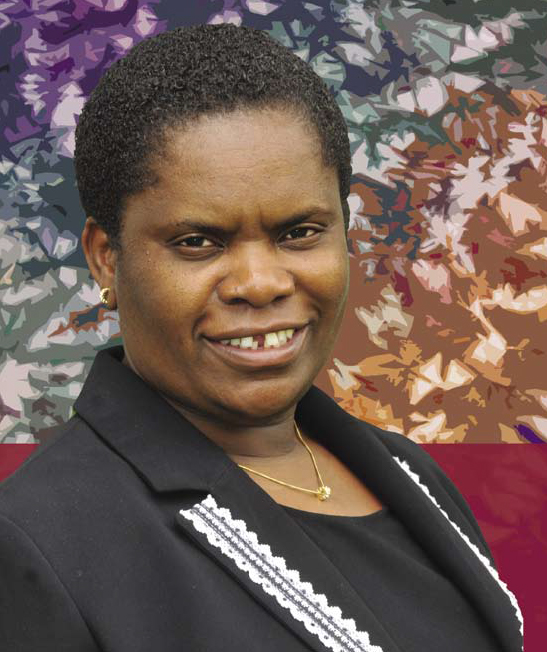 I am the Director of the Girl Child Network (GCN) which is an activist organisation for over 60, 000 girls in Zimbabwe. I founded the organisation in 1998 and am now working on creating a sister organization in Botswana. With GCN I design progressive empowerment programs that facilitate, instil and provide the means for girls […]

I am the Director of the Girl Child Network (GCN) which is an activist organisation for over 60, 000 girls in Zimbabwe. I founded the organisation in 1998 and am now working on creating a sister organization in Botswana. With GCN I design progressive empowerment programs that facilitate, instil and provide the means for girls to reach their full potential as women leaders. I am also the founder of Ray of Hope which is a network of domestic violence and rape survivors working to transform themselves from victims to leaders, and am the lead focal point person for Grassroots Organisations Operating Together In Sisterhood –Zimbabwe which brings together women’s community based organisations. I do regional and international advocacy to demand that international legal instruments meant to protect girls do not just remain words on paper. However what I love doing most is creating informal, free spaces for women and girls at community level.

I am a feminist because I have never lived in any world that is habitable except the world of women and girls. I started selling goods at age six with a group of girls. I lived a life where only my girlhood defined the power in me, and not the men around me. At age seven I stood up for my mother who suffered domestic violence everyday and told her to let go of her marriage. I realised at that age that women can have their own spaces without men and the violence that they inflict. Later I demanded that I attend girl-only schools. I was fascinated by the world of Roman Catholic nuns. I smelt freedom and a sense of a women‘s movement in the convent. At one stage I thought I would join them. To me they were my first idea of what feminists should be…women who enjoy their space and do what they want to do. I know I am a feminist because I have taken charge of my own sexuality and will never let it be controlled by a man. Society may well have a narrow view of what feminists are, but I fear nothing in the world of patriarchy. To me, patriarchy is one institution I am working to disband and dismantle.

As African women, feminists have to fight for space to do, feel, think and say what they want. That space has been invaded by patriarchy under the guise of neutral work on “gender”. I have had to stand firm against donors who want us to include boys in our girls clubs. I explain to them that the space is for girls as they have been denied this space in all other areas of life. In doing my work, I am inspired by my poor mother who died as a result of domestic violence. I feel the same should not happen to women and girls again. Rural women, who have strong stories of bravery and their fights against patriarchy, inspire me. My husband, who believes that women should be able to exhibit their strength without men threatening them, inspires me. The girls I work with inspire me. We need to educate girls in feminism from when they are very young. Feminism must be a birthright.