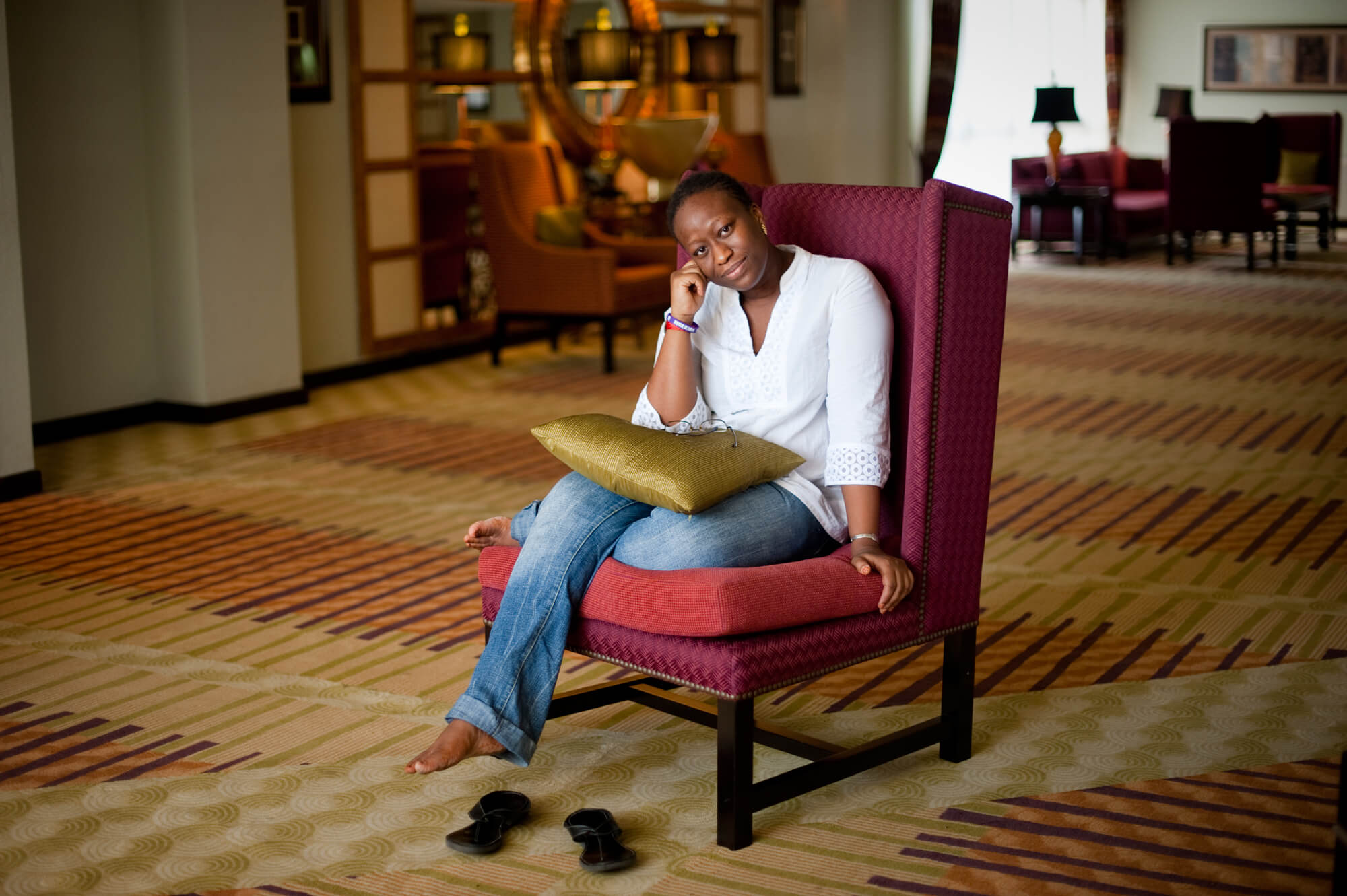 I was born and I live in Senegal. I am a sociologist and have been a member of GREFELS (a group that does research on women and the law in Senegal) since 2009. I am extremely grateful as GREFELS has created the space for me as a young feminist to work with and engage with […]

I was born and I live in Senegal. I am a sociologist and have been a member of GREFELS (a group that does research on women and the law in Senegal) since 2009. I am extremely grateful as GREFELS has created the space for me as a young feminist to work with and engage with other like-minded women. I also worked for the regional office of WLUML/AME (Women Living under Muslim Laws/Africa and Middle East). It is an international solidarity network that provides information, support and a collective space for women whose lives are shaped, or governed by laws and customs said to be derived from Islam.

Working with women and for women is one of the most gratifying things in my life. I call myself a feminist because it is about a simple issue of social justice. I am a woman and I am conscious of having the same rights as those of my male counterparts, rights that are not respected in Africa, often in both legal and in social terms. My activism is dedicated to ensuring that all women get access to and control over resources, access to skills, control over the body (abortion rights that are still denied) and take part in decision making process the same level as the men.

Globally, women don’t enjoy the same autonomy as men in terms of their status and roles. It is often difficult for them to assume control over social and political institutions that determine the framework of their life.

In recent times, there has been an attempt to denigrate feminist movements. The first challenge therefore would be to prove that feminism is only a legitimate demand for the rights of women, which are in all, the same ones for every human being. African women should be sensitized on these issues as they are agents of transmission of the values of a retrogressive and misogynous society unto future generations. It is unfortunate that most young women that I know believe that is archaic and irrelevant. Their thinking is that, this is a western imported ideology forgetting that great feminists lived (and still live) in Africa.

As a sociologist, my orientation is rather geared towards issues of gender, law, culture and reproductive health. Through my engagements with GREFELS and WLUML, I am able to assist women to break the isolation through which they waged their struggles, using more effective tools such as presentations of petitions and call for assistance.

I am inspired by African women’s fight for their freedom and their rights, just like Nder and co. who preferred to die being burnt alive instead of succumbing to oppression. The Likes of Aline Sitoe Jaata, who was not only a migrant but a docker. She also caused movements to resist colonialism despite her physical disability. Members of YEWWU-YEWWI(one of the very first Feminist Associations in Senegal) who embarked on a relentless campaign for the consideration of Women Rights, their participation in decision-making mechanisms and their fight for the recognition of 8th March celebration as an official day and the pushing of the recognition of Sitoe Diatta as a national hero.

Finally, I am inspired by my mother, who in spite of her 9 children, and taking care of her nieces and nephews, managed to combine work and family.  A feat I don’t think I could ever achieve