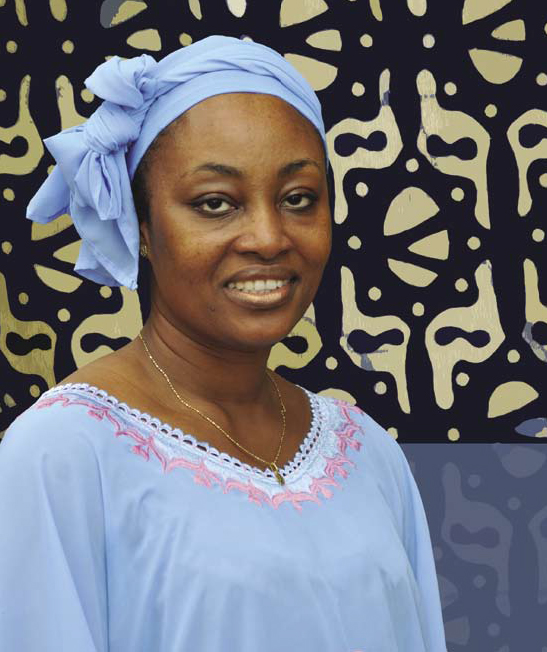 I am a feminist because I fully subscribe to and actively espouse an ideology which locates women as central to the ordering of our social, political and economic existence. In my professional life I have made the active choice to work with institutions and individuals that share similar values to mine. I grew up in […]

I am a feminist because I fully subscribe to and actively espouse an ideology which locates women as central to the ordering of our social, political and economic existence. In my professional life I have made the active choice to work with institutions and individuals that share similar values to mine.

I grew up in Sierra Leone where I attended Annie Walsh Memorial School, the first girls secondary school in West Africa. It was the 1970s, and I studied against a backdrop of great political change, with successive coups, military regimes and a period of student uprisings which began to shape my political consciousness. As a university student in London in the 1980s, I engaged in pan African movements including the anti-Apartheid struggle. I recall the energy I put into my toi-toi down to Clapham Common, interacting with African political exiles and engaging in endless political discussions in the basement of the Africa Centre in London’s Covent Garden. During that time I combined my work in local government with a deeper exploration into African culture as a dancer with the renowned Adzido Pan African Dance Ensemble.

I contributed to the establishment of the African Women’s Leadership Institute (AWLI), a pioneering initiative of the pan-African international women’s organisation Akina Mama wa Afrika (AmWA). I also served as AmWA’s Board President from 1997 to 2003 and then as a Board member until 2007. During that time I worked as an independent consultant, and facilitated leadership training at the AWLI (and at times breastfeeding in between training sessions, as some of my sisters would testify!). From 1999 to 2004 I worked as West Africa Programme Manager at Conciliation Resources, where I led a team supporting organisations that were engaged in peacebuilding and addressing the root causes of conflict.

When the war ended in Sierra Leone I decided to return home, and keep contributing to peace. I went on to head a national initiative called Enhancing the Interaction and Interface between Civil Society and the State (ENCISS), which aims to increase the capacity of civil society to engage with and hold government to account. I facilitated Women’s Elections Watch, which raised awareness around women’s demands for affirmative action and political representation in advance of the 2007 general elections. After the elections I was appointed as one of the Technical Co-ordinators to the Presidential Transition Team charged with reviewing the status of the previous government administration, and making recommendations to the President around the structure and role of government departments.

My experience of working with national government made me see the need to mobilise financial and other forms of support for women candidates running for political office who subscribe to a feminist agenda for change. The media is also critical in our work for social transformation. In any struggle you need sustenance and inspirations. For me this comes from unconditional love from my daughters, love from sisters in the struggle who are part of the AmWA “experience”, the writing of Toni Morrison, and stories of women and men who have dared to push the boundaries.