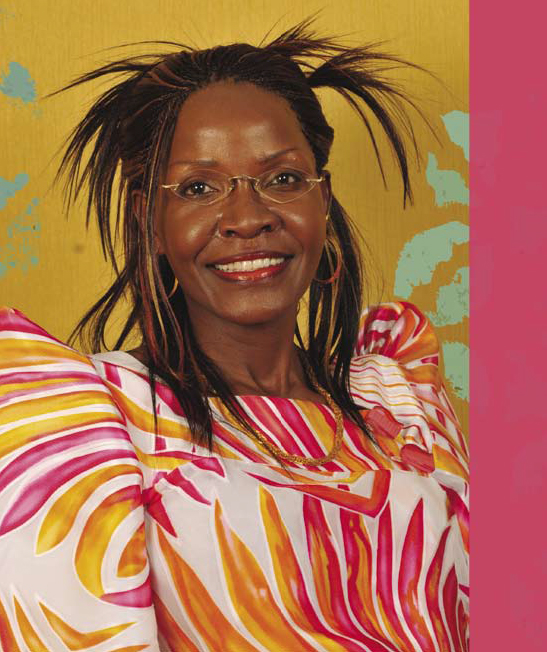 I currently work with the FIDA-Uganda, the Uganda Association of Women Lawyers, as the Chief Executive Officer. I was recruited specifically for the re-branding of FIDA-U to reposition it as the viable and premier women and human rights organisation that it is. I am a feminist because I am a woman and a person of […]

I currently work with the FIDA-Uganda, the Uganda Association of Women Lawyers, as the Chief Executive Officer. I was recruited specifically for the re-branding of FIDA-U to reposition it as the viable and premier women and human rights organisation that it is.

I am a feminist because I am a woman and a person of sound mind. Therefore I claim equal rights in that respect and would challenge any form of discrimination and marginalisation both at a personal and institutional level. There is considerable confusion around the term “feminism” in the Africa context, and we need to work on clarifying our political stance. I became a feminist by observing my grandmother Evelyn Nakitto who had no boundaries. She successfully secured seven husbands and raised sixteen children on her own as well as owned titled land. Illiterate as she was, she understood that women had power. Her motto was “If you want it, go get it”. She was never afraid to fail, as long as she had given it her best shot. My belief in women’s agency was further entrenched by being raised in Bwaise, a slum area that originally belonged to single women. Paradoxically, these beliefs were reaffirmed by the Catholic nuns at an all girls school of St. Theresa Namagunga. The nuns instilled immense pride in us as girls. We were taught to believe that we were as good as boys and perhaps in some instances better.

As part of my feminist activism I am making personal and professional commitments to advancing women’s rights. I am currently undertaking doctoral studies that interrogate the relationship between governance and rights. I have also gone back to my roots to work with an organization that I believe would impact the lives of women in directly challenging in equalities. At FIDA-U we are sensitising women lawyers to appreciate sexuality as a root cause of women’s marginalisation.

In order to strengthen feminism, we as feminists have to inculcate a sense of pride in being woman. The main rallying theme, in my view seems to be calling for pity as “helpless marginalised groups”, an ideology propagated by men and internalised by us. We need to make younger women and “other” women want to associate with us because we make them feel good and expectant of a better world. In reality, many sense fatigue, anger and desperation in us. In contrast, men have an internalised sense of superiority that enables them to perpetuate patriarchy however miserable and pathetic an individual man may be. Feminism is the belief that women are human beings. And, to paraphrase remarks made by a fellow activists at the closing of the global Association for Women’s Rights in Development Forum in 2008, “we must embrace our own power, with the intensity of a lover”.