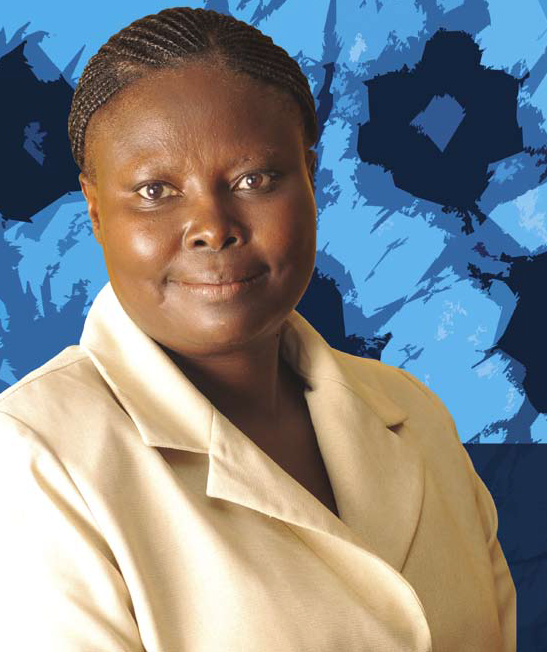 Even when I did not know about patriarchy, I resisted it in my personal life. I have refused to accept the dominance of male figures. At age six I wanted to start school, however my parents said that I couldn’t, as they wanted me to stay home to look after my baby sister. My two […]

Even when I did not know about patriarchy, I resisted it in my personal life. I have refused to accept the dominance of male figures. At age six I wanted to start school, however my parents said that I couldn’t, as they wanted me to stay home to look after my baby sister. My two older brothers were already at school and I did not want them to feel like they could come home and boss me around. On the first day of the school year my parents had left me at home with the baby. So I put the baby on my back and carried her food with me to school! The teacher was alarmed to see me appear at the school compound with a baby on my back. However, I was determined and did not listen to his advice to go home. He later arranged for me to leave the baby with his mother while I attended school in the mornings.

When I was eight, my mother sent me with a message to give to my father as he was attending a meeting  where elders were negotiating my cousin’s bride wealth. I stopped behind a door and listened to them negotiating  about how many cows the bride-to-be’s side needed to pay, as if they were in a market. I was furious and returned home forgetting to give the message to my father. When my father came back, I confronted him and asked why they wanted to sell my cousin for cows! He laughed and said “that is the tradition”. I told him that if that was the case, then I did not want to get married and that if I did, he should not dare sell me for cows! He commented that no man would want to marry me if I kept such an attitude! I got married at the age of twenty-two with no bride-price exchanged. When it did not work for me, I left. I am a happy single woman but I know I am lucky because not all women who experience abusive relationships are able to make the choice that I made.

I currently live in Namibia, working as Gender Advisor to the United Nations Country Team. Previously, I worked with two feminist organisations in Uganda. The first was Action of Development (ACFODE), which was started after the 1985 International Women’s Conference in Nairobi. I applied to be its first Executive Director, and happily took the job although there was hardly any money to run the organisation! My nine years of work there clarified and strengthened my understanding of who I was as a woman and my resolve to contribute to bettering women’s lives. I moved to work at Eastern Africa Sub-regional Support Initiative for the Advancement of Women (EASSI) (1997-2003). I am glad that I made a contribution to what EASSI is today, forging ahead with a feminist agenda in the sub-region.

I am a feminist because I am angry at the injustices women face. It is my calling to work with women in dismantling patriarchy and supporting each other to enjoy life in its totality. I believe that the torch for African feminism has been lit, and that it will not be put off