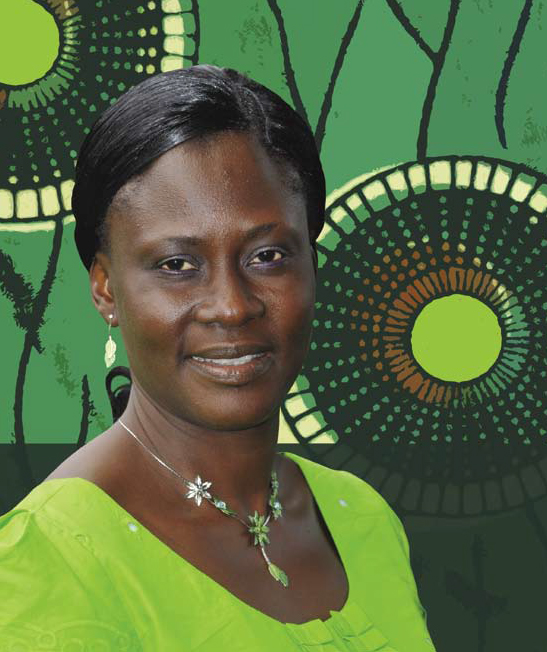 As an activist, I draw on a long history of women’s right activism, research and capacity- building around social justice. Over the years I have gained valuable experience in administration, counselling, communication, strategic planning and analysis. I don’t just call myself a feminist, I believe I live as one! I believe that we are not born feminists but are made feminists. My own life is testimony to that, as I became a feminist in response to the many unfair situations that I encountered in my life. I find injustice completely de-motivating and cause to stand up and be counted! Creativity and thinking outside the box and hard work to realise one’s dreams and potentials energise me. I am impressed by leaders who practice what they preach and lead by example.

African feminists particularly African women in general are confronted with so much discrimination and animosity as well as misconceptions. Discriminatory and unresponsive policies and practices and violence against women continue to be widespread and systematically exclude women from publicly participating in politics and decision-making. At the societal level, public policies and laws that enshrine key laws and fundamental human rights are either totally ignored or are misinterpreted and misapplied when it comes to issues that are of major concern to women. The majority of women face huge obstacles in participating in public life and in realising women human rights. Religion, culture, and our governments remain the biggest challenge to feminists in our bid to ensure that women are able to access their rights and freedoms which international, regional and national women human rights mechanisms have offered. In addition to this, most women are subjected to daily physical, and psychological violence in all spheres of life. This is exacerbated by serious political ill will that prevents African women from enjoying equal rights in both public and private spheres of life.

In both my personal and professional life I have made a commitment to speaking out and reaching out to people. I have also addressed some of the misconceptions about feminists, and live my life in tandem with the ideals of feminism without any apologies and not minding who is upset by this!