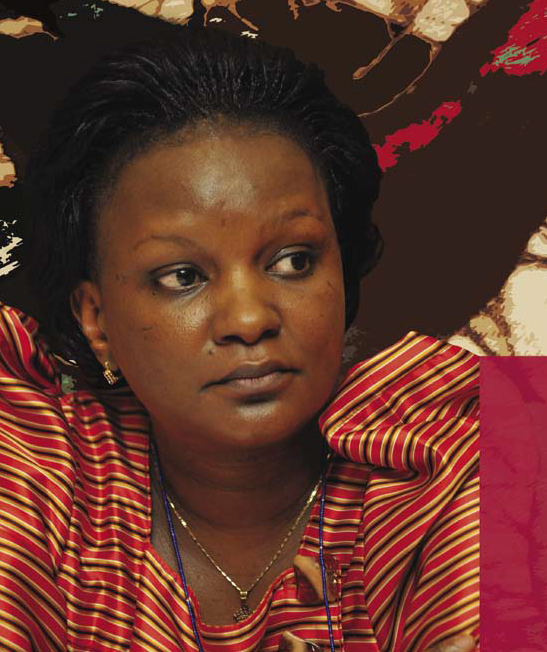 I work as a consultant on the legal sector, human rights and governance. My firm espouses strong feminist principles and is currently employing only female consultants. I also teach gender, law and human rights at Makerere University in Kampala. I believe that I was largely predisposed to become a feminist. As a little girl I […]

I work as a consultant on the legal sector, human rights and governance. My firm espouses strong feminist principles and is currently employing only female consultants. I also teach gender, law and human rights at Makerere University in Kampala.

I believe that I was largely predisposed to become a feminist. As a little girl I always wanted explanations for why I should or should not do one thing or the other, and was quite perceptive of unjust treatment whether directed at me or another person. The feminist tendencies in me were nurtured at my first work station – the then Ministry of Women in Development. I vigorously pursued a career in promoting women’s rights and have not turned back since. I was also mentored early on by a veteran feminist.

My baptism with fire happened when I encountered a victim of domestic violence at the hands of her husband (an army man). The victim sought justice to no avail as her husband was protected by the institution he served. With her permission I gave a testimony on her behalf at the Global Tribunal on Women’s Human Rights during the World Conference on Human Rights in Vienna 1993. The other testimonies I listened to during the conference kindled the fire in my belly to date! I left the conference a very angry woman, determined to play my part in order to make a difference to the lives of all women.

I had an interesting feminist experience in my marriage when I had to demand that the title of the land for our matrimonial home be changed to include both our names. The initial calm negotiations did not yield anything so I had to use a language of rights! It was a tense experience, ending with the title being more or less thrown at me! I could have recoiled, but I snatched the opportunity and managed to change it.

As a feminist I believe in equality between men and women and I continuously challenge male domination at any given opportunity. As African feminists we face the perception that feminist principles are alien to African culture. We also face persecution and misogyny. In resisting this, I lay claim to women’s personhood and dignity as fundamental human rights that are not negotiable. These principles inform the work I do as a consultant.

In order to strengthen the feminist movement in Africa we need to keep encouraging more women to join while strengthening existing organisations that are a part of the movement. We have to work on sustaining cohesion and momentum. As a feminist, I fully embrace my responsibility to stand up to patriarchy at whatever scale in both my private life and the public spaces that I occupy. This responsibility includes ensuring that every woman understands their worth as a human being and makes an effort to defend their personhood and dignity.