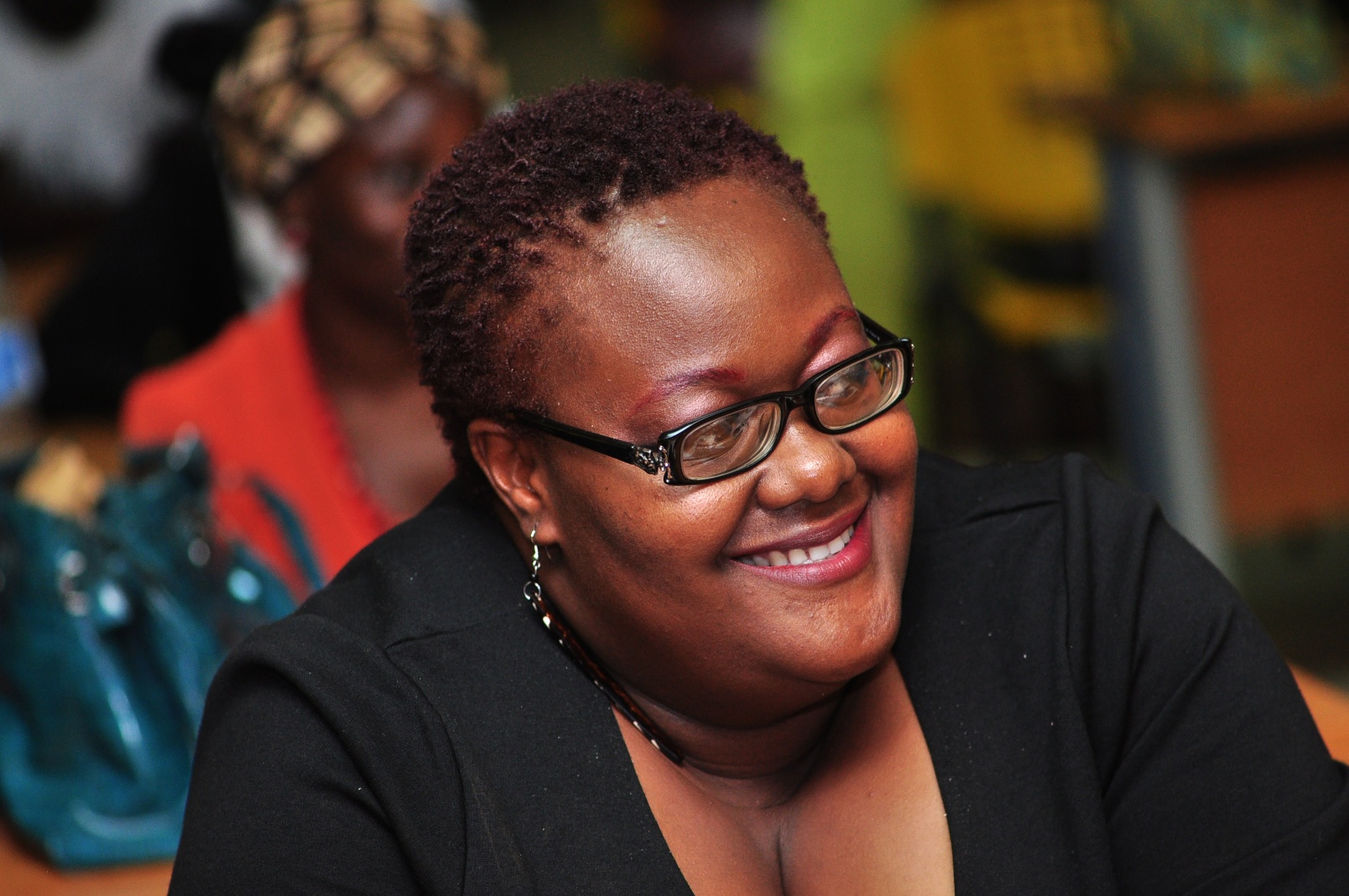 The “F” Word By: Tendai Garwe Fashionistas– they love clothes, not necessarily those trending on the #ZimFashionWeek run way, but ones that inform their own unique style. They have striking hair with all different shapes, colours and cuts. Their fashion communicates something, only it’s a secret code only they understand. I was at a Regional […]

By: Tendai Garwe
Fashionistas– they love clothes, not necessarily those trending on the #ZimFashionWeek run way, but ones that inform their own unique style. They have striking hair with all different shapes, colours and cuts. Their fashion communicates something, only it’s a secret code only they understand.
I was at a Regional Creative Non Fictional Writing Residence in July funded by ADWF in Entebbe Uganda. There, beautiful ‘Fs’ were rocking fashion in beautiful African prints resembling a rainbow. There was no trace of a weave in the room, only beautiful natural hair; from Afros, to all shapes and sizes of dreadlocks. Twenty two African sisters from all over the world whose dressing was an orchestra of beauty. These women were Fabulous, Ferocious, Fantastic, Feisty, Funny, Funky, Focused, Fulfilling and Faith filled; all these are condensed into one F word, FEMINIST.

No, do not cringe, we are all that and more. It’s only that there have been too many ugly ideas associated with being a FEMINIST but there is more to us than the stereotypes.

So, let me stop this ‘they, them what what’ nonsense because I am a Feminist.

My parents groomed me to be one. They raised my siblings and I in an enviroment where gender roles did not exist amongst us.. There were no ‘duties for boys’ and ‘duties for girls’, only basic household chores. The fact that I later embraced the theories of Feminism was an added bonus, because I was a Feminist before I even knew what it was.

Feminism is a lifestyle, it is not like a coat that you put on and take off depending on the weather. It is an ideology you live by. When I pass, I wish my tombstone would read ‘here lies a feminist… not by words, but by deeds’.

I want to help demystify the stereotypes attached to feminism. Not all Feminists are bitter, angry, single, demon possessed man-haters, lesbians, rebels and marriage breakers.

These are stereotypes that build walls that block others from fully understanding the reason Feminism and Feminists exist.

Feminism faces resistance because it opposes patriarchy; the dominance of men in society. Patriarchy oppresses women for men’s gain. It is like the fashion police that will resist “orange is the new black,” and forever insist that every girl needs a ‘lil black dress’. Feminists will question, why black? Why not red or white, or nude or orange? Why do we have to conform to just wearing black? Why wear heels and not pumps? Why weaves and not natural hair? Patriarchy is the ‘fashion police’ that restricts the advancement of women. It makes women forever look over their shoulders to get a “thumbs up” approval to be who they are.

Feminism is a philosophy, an ideological framework that advocates the advancement of women socially, economically and politically.

As feminists we are of the notion that gender inequality is not an individual matter, it has been strategically woven into our lives using “sacred cows” like religion, state, family and culture to keep women oppressed. For example, even when a woman has been given a leadership opportunity in the workplace, the patriarchal system will remind her that in the family she is secondary and should therefore ignore the fact that at work she is “the boss.”

The church is also used as a way of reeling women in using the “men written” Bible to control them. Religious doctrines and literature are used to emphasize female subservience and remind women of their place. In an oppressive system, the oppressed are taught and used to further perpetrate the system.

Women are the main gate keepers of patriarchy.

That is why we always hear that women are each other’s enemies. “You never go wrong with black”, they say, “stick to the status quo, don’t ruffle feathers and you will be accepted”. My favourite, the one I get from other sisters, is “girl you are too much, some things are not worth fighting for, turn it down a little.” To which I respond, “Too much? Too much of what? Turn down for what? For whom? And then?”

Some people do not even know that we are at war and enjoy the benefits of the fallen heroines who fought for women in Zimbabwe to gain access to a number of things. Women in Zimbabwe are now considered as majors and can now vote, open bank accounts, own property and land, and earn salaries that equal those of their male counterparts among other things.

Feminists fight for the rights of women as well as amplify the voices of the oppressed. In Zimbabwe, issues pertaining to domestic violence, rape, social services, health and education are some of the areas that Feminists focus on. We will not be silenced concerning the mainstreaming of women in all areas of politics, economy, and social construct.

Some people are not comfortable being labelled this F word. They would rather water down the label and be addressed as gender activists, women rights or social justice activists, to be more socially acceptable. The reasons vary of course, because the theory of Feminism is a kaleidoscope; the colours shine according to the angle the light hits. Feminists are not all the same. We push the same agenda from different angles. I will give you seven various strands or brands of Feminism that my favourite theoretical Feminist Fashionista tutor, Dr Martha Mutisi, taught me.

Socialist / Marxist Feminism believes that social class affects the lives and chances of women. Karl Marx analyzed the capitalist social structure, believing it to be inherently problematic in that it created inequality between the working class and owners of the means production. Marxist/socialist feminism severely criticizes the family as a source of women’s oppression and exploitation. If a woman works for her family in the home, she is often not compensated and not seen as “the breadwinner.”
Liberal Feminism is the notion that men and women are not all that different. That all people are created equal and deserve equal rights under the law, education and employment. They believe oppression exists from socialisation that supports patriarchy and protects men’s positions of power especially in division of labour, pay and reproductive choices. In Zimbabwe, these will be at the centre of the policy debate concerning women being restricted to three children per womb.
Development Feminism seeks to address the economic exploitation of women in post colonial countries. It engages in extensive gender analysis of the global economy. During the colonialism era, women’s traditional role in the household economy was through food production. Men were encouraged to move to urban areas to seek employment while women remained in rural areas as subsistence farmers.
Post Modern Feminism argues that gender equality will be achieved when we stop looking at women and men as homogeneous groups. This is because gender and sexuality are shifting, fluid and have multiple categories. There is a need to change the social and cultural reality of men and women especially in media, sports, art, entertainment and education. There is more to women than being sex objects and visions of pleasure.
Radical Feminism is blatantly against the notion of patriarchy. It argues that the patriarchy is difficult to eradicate because of a deep seated belief that women are different and inferior to men. It reasons that sexual relationships between men and women are intrinsically unequal and thus calls for same sex relationships between women. It asserts that the world would be a better place with female supremacy, thus portrays all men as bad and destructive. They believe all the issues and problems that the world is experiencing have been caused by men, especially through acts of sexual violence such as rape.
Psychoanalytic Feminism comes from the Oedipus complex (separation from the mother) by Sigmund Freud. They believe male supremacy is caused by a psychological issue. It states that men have an unconscious need for women’s emotionality and simultaneously reject them as a threat to their independence and masculinity. There is an apparent need to separate power between men and women. They claim that sources of gender inequality come from women’s primary role as partners, leading infants to bond with them.

However, boys have to separate from their mothers and identify with their fathers in order to establish their masculinity. Women’s submit to men because of their unconscious desires for emotional connectedness, which men fight against, hence the backlash of oppressing women to feel masculine.

I am mainly a Standpoint (African) Feminist. Why do I say mainly? Because you could be a combination of any of the different strands of Feminism. Standpoint (African) Feminists argue that women and women’s perspectives should be central to knowledge, culture, and politics. This is the root of the concept of gender mainstreaming which calls for women centred perspectives to correct a gender blind history. There are too many unquestioned assumptions and stereotypes. Science and history leave out the voices of women, arguing that knowledge production is political and gendered.
Men’s Feminism (yes, men too can be and are Feminist) is another strand. Aside from helping women in the fight for equality; it also argues that gender inequality includes men’s denigration and exploitation. They seek to change men’s attitudes towards women, encouraging them to be partners in the advancement of humanity. In Zimbabwe we have Padare Men’s Forum which produces our very own home brewed Men Feminists.

There you go; you have a basic overview of what feminism is about and the differences that exist and I hope that helps. So, like walking into a fashion house, you take time to pick the dress, shoes and accessories that best suit you and that you are comfortable in. You can do the same with feminism and identify the combination that works for you and rock it. It’s ok if you are not comfortable with the title, it’s the principles you live by that matter.