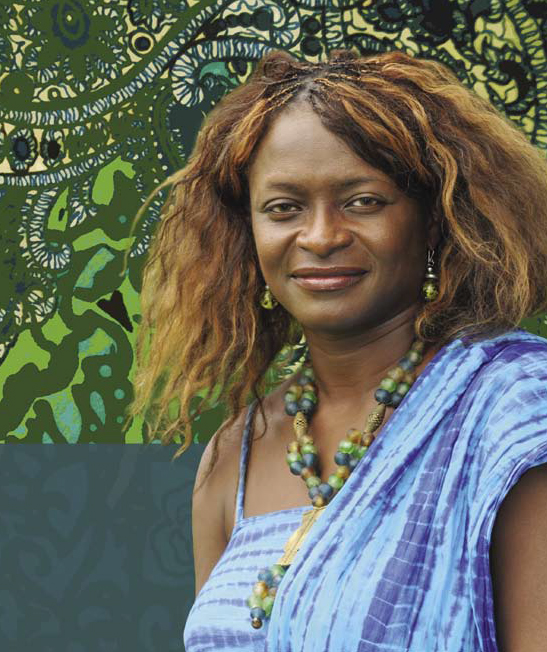 I was born in Liberia to a mother from the Democratic Republic of Congo and father from Guinea. I trained and worked as a pharmacist in the United States of America specialising in HIV/AIDS. In 2005 I raised funds to travel back to Guinea on an exploratory mission to assess civil society work around women […]

I was born in Liberia to a mother from the Democratic Republic of Congo and father from Guinea. I trained and worked as a pharmacist in the United States of America specialising in HIV/AIDS. In 2005 I raised funds to travel back to Guinea on an exploratory mission to assess civil society work around women and girls and progress in responding to HIV/AIDS. As a result of this research I co-founded a non-governmental organisation called WAFRICA which aims to improve the social, economic and professional status of women and girls, particularly those infected and affected by HIV/AIDS. I returned to live in Conakry in 2006 and have put my energies towards mobilising women and young people to dialogue around issues affecting their lives, and to building an effective response to HIV/AIDS. One of the initiatives I pioneered was a social dialogue platform which enables around 150 people to meet and discuss an issue of importance to them. These platforms are being broadcast on national television and radio and are contributing to national debates on equality and on development. They also give space for women and young people to claim their voice and express their opinions and ideas to a national audience. I am also involved in the government-led response to HIV/AIDS as a member of the Country Coordinating Mechanism for the Global Fund to Fight AIDS, Tuberculosis and Malaria. In 2008 I was appointed to the Cabinet of the Minister of Youth Employment as a national advisor.

As a feminist I fight for the cause of women and girls. I define my feminism as moving from ideology to action. I am a militant who has her convictions, personal experience as an African woman and professional experience as a health worker. With these I fight for the advancement and enlightenment of women, in particular illiterate woman and girls. As feminists we need to work on communicating our words, struggles and progress to the women we serve at the grassroots. We also need to make clear that we are feminist as well as African women who are proud of our heritage. We need to challenge the completely false perception that we are following “westernised” beliefs. Communication is the central tool of our movement. As Africans we face a communication problem as Anglophone and Francophone activists often find it hard to collaborate and share information. We can address this by always providing interpretation and making an effort to translate materials into relevant languages.

Through my own activism, I wish to give meaning to the sacrifices made by our mothers and those who lived before them, they often had to accept the unequal condition of women as the norm. Through my work I am contributing to building of a more just and equitable society for future generations of African women and girls