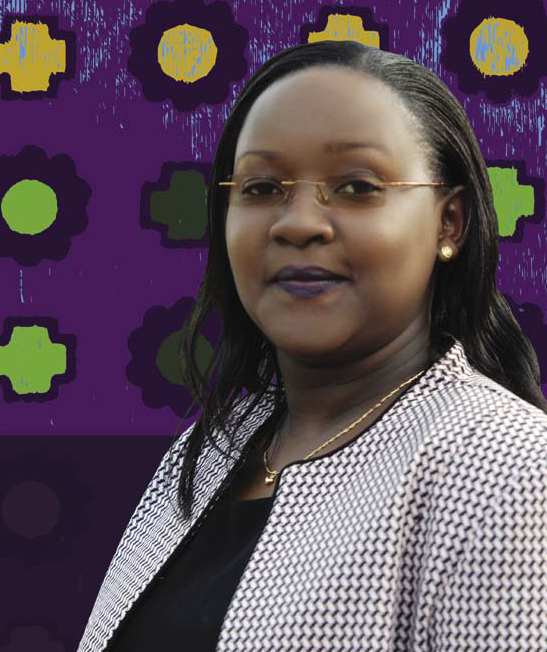 I am an African feminist. I became a feminist shortly after joining the regional organization the African Women’s Development and Communications Network (FEMNET) in 1999 where I worked as a Programme Officer advocating gender mainstreaming in the transition from the Organisation of African Unity to the African Union (AU) as well as trade and financing […]

I am an African feminist. I became a feminist shortly after joining the regional organization the African Women’s Development and Communications Network (FEMNET) in 1999 where I worked as a Programme Officer advocating gender mainstreaming in the transition from the Organisation of African Unity to the African Union (AU) as well as trade and financing for development. I grew up in a community where violence against women and marginalisation of single women was the norm. As a child of a single parent I grew up with a low self-esteem that emanated from the isolation by our neighbours, classmates and teachers because I did not bear a man’s suname. Feminism is the tool that revealed to me that my mother’s decision to give me her surname was a radical form of feminist resistance to patriarchal domination. I remain inspired by her activism. Working in a feminist organisation marked the start of a journey of learning how patriarchy had controlled my life and that of the community that surrounded me all my life. It is that background that motivates and sustains my struggle to ensure that I contribute to women’s empowerment and to reject stereotypes that try to minimise the status of single parents and girls just because they do not bear a man’s name or live with one under one roof. Since then I found a home in the feminist movement where I continue to be nurtured by feminists. I also do my best to mentor other young women that I have had the opportunity to work with.

For the past ten years I have contributed to women’s rights advocacy work at the national, sub-regional and regional levels in Africa. Following the post elections crisis and violence in Kenya in 2008 I helped form the Kenya Women’s Coalition for Sustainable Peace which was a key forum for mobilising Kenyan women to advocate for the protection of women’s rights in mediation process and post-conflict phase. I am also one of the co-founding members of the Solidarity for African Women’s Rights (SOAWR) that advocates for the implementation of the AU Protocol on the Rights of Women in Africa. I am the former Women’s Rights Coordinator at the Africa Secretariat of ActionAid International in Nairobi, and am currently working as the Pan Africa Gender Justice and Governance Lead at Oxfam’s Pan Africa Policy Programme.

I am very optimistic that the African Union is a viable institution for promoting and advancing women’s rights. It is still male dominated, however women have begun to challenge this. The first achievement was including the principle of gender equality in the AU Constitutive Act and election of Commissioners. Our next battle was for a legal framework to safeguard women’s rights. We now have a women’s rights protocol that goes even further than international women’s rights instruments in aspects such as reproductive rights, rights of elderly women and women in conflict. There is a lot of work in the years ahead that will demand our creativity, passion and commitment as African feminists to ensure that our issues are entrenched in all the AU’s processes, protocols and practices. I am delighted to be part of that struggle