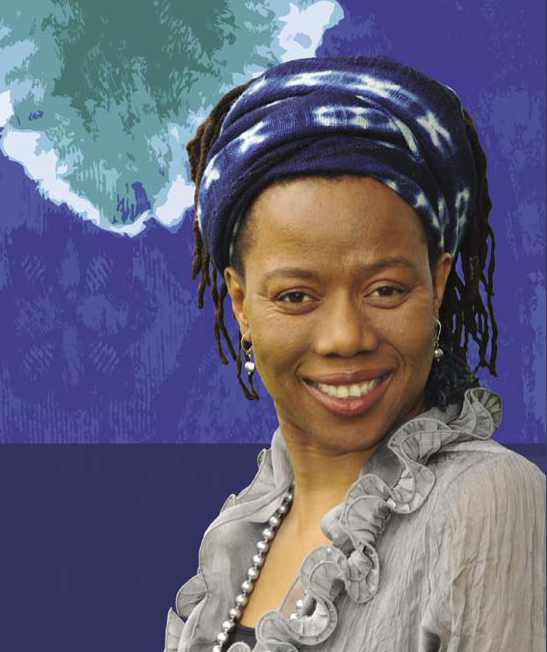 I was born in Benoni, in the east of Johannesburg. I am a feminist, a women’s human rights defender and a sangoma (traditional healer). I am the Executive Director of Positive Women’s Network, an organisation that I founded in 1996 to provide a space for HIV positive women to address our economic, educational and health […]

I was born in Benoni, in the east of Johannesburg. I am a feminist, a women’s human rights defender and a sangoma (traditional healer). I am the Executive Director of Positive Women’s Network, an organisation that I founded in 1996 to provide a space for HIV positive women to address our economic, educational and health needs and to project our voices and demands for services, rights and respect. I was one of the first black women in South Africa to publically declare my HIV positive status, and joined with other activists to found the Treatment Action Campaign (TAC) in 1998. I continue to mobilise for women’s rights including the sexual and reproductive health and rights of HIV positive women. Over the years I have advocated and trained around women controlled prevention technologies such as microbicides and the female condom. I have advocated for treatment access, for appropriate care and support for women living with HIV, and for positive prevention as a shared responsibility where all people know their status and use protection. For too long we have placed the burden on women to declare their status and take precautions- and yet we know that both men and women have to share the responsibility! I have also mobilised around ending violence against women, and am a member of the One in Nine Campaign which was started in response to the rape trial of (the then Deputy President) Jacob Zuma. The campaign takes its name from the fact that only one in nine rape survivors in my country report the crime to the police, which shows how unwelcoming the justice system is for women.

In my work I encourage women to take charge of their lives and also to hold policy makers accountable to implement the programs that serve women’s needs. I have been privileged to be asked to represent different constituencies of people- HIV+ people, HIV+ women, and women’s rights activists- and I don’t take this responsibility lightly. I have served on South African National AIDS Council representing people living with HIV and AIDS. In 2004 I was selected to carry the Olympic torch as part of an international torch relay for the Athens Olympics. I believe that the quality of women’s leadership is even more important than the numbers of women in leadership. In my own life, and in the training and empowerment work that I do, I try to make the point that leaders need to live their beliefs, and to be fair and accountable.

Our society is still framed by patriarchal power. I, like all women in my society, face exploitation and oppression by patriarchal structures which legitimise the oppression of women through political, social, economic, legal cultural, religious and military institutions. Most of our resources are still controlled by men, and “culture” is still used as an excuse to perpetuate oppression. I am a feminist because I challenge these norms