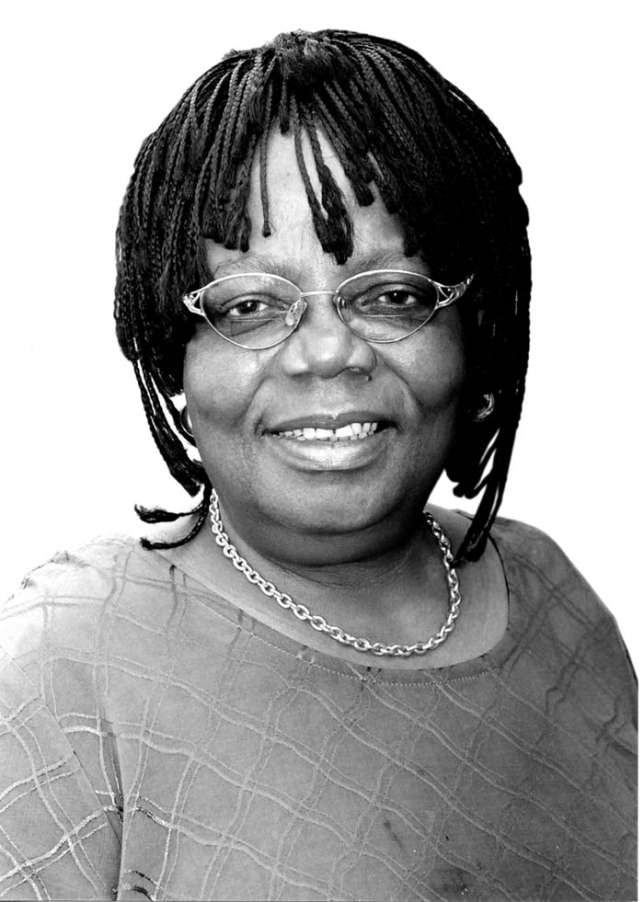 THE FIRST CLASS CITIZEN ( 1944-2017) By: Bisi Fayemi Adeleye  On 25th January 2017, a vibrant citizen of the world and a great daughter of Africa, Florence Onyebuchi Emecheta, was called home at the age of 73. Born into a humble Igbo family on 21st July 1944 in Lagos, she grew up knowing that she […]

On 25th January 2017, a vibrant citizen of the world and a great daughter of Africa, Florence Onyebuchi Emecheta, was called home at the age of 73. Born into a humble Igbo family on 21st July 1944 in Lagos, she grew up knowing that she was expected to go through life as a ‘Second Class Citizen’, which was the title of one of the over twenty books she would write in her lifetime. Her parents preferred to educate her brother because he was male, fortunately, she was able to make a case for her education and she was reluctantly sent to primary school and won a scholarship to attend the prestigious Methodist Girls High School in Lagos. Both her parents died when she was young, so she was shuffled from one relative to another, living a very difficult life as a child. When she left school at sixteen she married Sylvester Onwordi to whom she had been engaged since she was 11. She had her first child at 17 and by the time she was 22, she had given birth to five children.  Her husband Sylvester left for further education in London, and she gave up a good job with the American Embassy in Lagos to follow him with their two children. The marriage between the two broke down due to abuse and irreconcilable differences. As a result, Buchi found herself on the margins of British society, a single young woman from Africa with five children to care for.

Apart from the unconditional love for her children, Buchi’s sole comfort lay in her love for writing, and her passion for this seemingly unusual interest for a black woman waxed strong, regardless of her personal circumstances. Even though she was unhappy in her marriage, she was prepared to do whatever she could to keep it going for the sake of her children. When her husband, out of sheer spite, burnt her first completed manuscript The Bride Price, that was the last straw for her. She left him, taking all the children with her. The deprivations of her childhood and the abuse she suffered in her marriage, together with the years of near destitution struggling in London with so many children to care for alone, became the backdrop for the many stories she wrote. Her books In the Ditch (1972), Second Class Citizen(1974), The Bride Price (1976), The Slave Girl (1977), The Joys of Motherhood (1979) and many others, covered themes such as the marginalisation of women and girls, patriarchal oppression, racism, poverty, social exclusion, and all the real-life experiences she shared through the fictional characters in the books. She also wrote an autobiography Head above water in 1984.

Buchi Emecheta’s strong desire to equip herself with the tools she needed to survive the harsh life of a black immigrant in Britain was expressed through her near impossible feat of studying for a degree in Sociology at the University of London while holding down a part-time job and caring for her children singe-handedly. In her autobiography, Head above Water’ she provides a fuller context to her life than the cautious offerings of her experiences through the semi-fictitious character in her earlier books, In the Ditch and Second Class Citizen, in which she talks about some of her harrowing experiences through the character she called Adah. Buchi’s ability to adapt, focus, strategise and plan with military precision is what eventually lifted her out of ‘the ditch’ she had found herself in. She also had the unnerving ability to speak up for herself and not suffer fools gladly. In the London of those days, that was a very tricky thing to do, but it was also something that stood her in good stead as she worked for every single thing she had – nothing was handed to her on a platter. People of all generations, young persons in particular, would do well to internalise these lessons.

As Buchi Emecheta’s stature as a writer grew in the UK and around the world, there were expectations placed on her as a role model and spokesperson for other black women. Since most of her writing focused on the unfair treatment of women in traditional, rural, urban and modern settings it was easy to conclude that Buchi Emecheta was a Feminist. She was however very reluctant to claim this label. In the sixties and seventies, black women writers, activists and scholars were indeed cautious about Feminism. This is because at the time, white feminist theory and analysis had demonstrated a lack of empathy for the experiences of women who were not white, middle-class and well educated. Even though leading black feminists such as Angela Davis, bell Hooks, Amina Mama, Audre Lorde and many others had started offering a profound analysis of the intersections of gender, race, class, age, ability, sexuality, marital status, historical experiences and so on, white feminists seemed submerged in their own narrow understandings of what universal liberation for women should look like. For black African women, any  ideology that did not take into consideration our unique identities, our strong communal ties, our understanding of motherhood as a source of power and not of oppression, and a commitment to overcoming our historical disadvantages brought about by years of slavery and colonialism alongside the men in our communities, was not relevant to us. Over time, the voices of these black women crystalised into a solid framework for a Black/African feminist theory and practice as evidenced in the many scholarly and activist contributions  of the 1980s into the new millennium.

For someone like Buchi Emecheta, even though she had lived a hard life mainly because of her gender, race and class, she was not about to disavow her African roots in pursuit of a strange ideology that might take away whatever was  left of her identity and dignity. I got to know Ms  Emecheta when I worked for AMwA, an international development organisation for African women in London from 1991-2001. When AMwA was established in 1985 by a group of women from various African countries based in London, it was expected that Buchi Emecheta, someone who had become an icon in the African community, would lend her support to a unique cause which was seeking to provide a platform and voice for African women. The early members of AMwA such as the late Wanjiru Kihoro, Jerusha Castley, Lauretta Ngcobo, late Efua Graham Dorkenoo, late Annie Mubanga, Amina Mama, Mabel Ikpoh and others, all had strong social justice, political and feminist credentials. Their life experiences as liberation fighters, refugees, migrants, wives, mothers, academics, professionals and women of dual citizenship gave them unique insights into how an African feminist agenda could be expressed. They had all endured years of racism, some of them from their home countries in Africa, and in the UK. They were determined to challenge all forms of discrimination against women regardless of the source or cause. They were therefore very critical of African cultural practices that held women back on the continent and also haunted them in the Diaspora. This group of women, alongside women from the Asian community, advocated against practices in their communities such as early marriage, condoning domestic violence and Female Genital Mutilation (FGM).

When African women mobilising against FGM in the UK called on Buchi Emecheta to add her voice to their efforts, she declined and often spoke in favour of a practice which she said ‘was misunderstood in the West’. This inevitably drove a wedge between her and the more ‘progressive’ elements in the black/African women’s movement in the UK at the time. Whilst some of us understood her point about not wanting to celebrate white racism by demonizing African cultural practices, we felt disappointed that we were being deprived of a powerful advocate.

I must admit that her controversial statements on the issue often infuriated some of us. For me, it was one of my early lessons in movement building. There will always be different ideological standpoints and world views within a movement for social change, even if the goals are the same. However, we never ceased to be in awe of her and we were proud of her as one of the most powerful literary voices to come out of Africa. The work of women such as Buchi Emecheta and other African women writers and role models such as Molara Ogundipe-Leslie, Ama Ata Aidoo, Flora Nwapa and Ifi Amadiume, influenced my theorizing about identities for African women devoid of the negative baggage of discriminatory traditions and the patronizing arrogance of white feminist thinking.

Even if Buchi described herself as a feminist with ‘a small F’, when she wrote, she was a ‘big F’. Her books were loud and clear about where she stood. Buchi’s story is one that has been told over the ages and will continue to echo. It is the story of many girls around the world. The story of a girl born into a hostile world that dared her to even exist. A young girl who did what was expected of her and married, had children, but found no joy. A young woman, eight months pregnant with her fifth child who stood bitter and angry on the doorsteps of Clerkenwell Magistrates Court in London, cursing the father of her children who had just told the court that his children should be given up for adoption because he could not afford to take care of five children and study at the same time, and they were probably not his anyway. Even for those who do not believe in superstition, the curse of an aggrieved pregnant woman is one to be avoided at all costs. The husband in question never graduated from the Accountancy course he was studying. The desolate young mother who took a job at a bakery because it provided free bread for her children to eat, went on to become a famous writer, a teacher of teachers, was feted around the world, received an OBE, and earned a PhD. In life and in death, Buchi Emecheta remains a First Class Citizen.

Bisi Adeleye-Fayemi is a Gender Specialist, Social Entrepreneur and Writer. She is the Founder of Abovewhispers.com, an online community for women. She can be reached at [email protected]