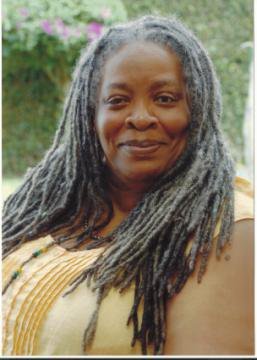 Sindi was the Executive Director of the Nigeria-based organization, BAOBAB, which grew out of the Women Living Under Muslim Laws (WLUML) ‘Women and Law’ program between 1993 and 1996.

"Sindi was always passionate, but somehow always calm. She has touched and inspired many."
(Zarizana Abdul Aziz, International Human Rights Lawyer and WLUML Board Chair)


"Sindi offered love, determination and experience to many young feminists. We crossed passed many times and she was always resourceful."
(Doaa Abdelaal, WLUML Board Member)


"Sindi was a passionate and committed leader, a voice of reason and positivity."
(Anthonia Onwordi, WLUML International Coordination Office)

I cannot really remember when I met Sindi. I’ve tried hard in the last few days since the news of her death; tried recalling when I met her and under what circumstances and am sure, a sister somewhere would have been witness to our meeting because that was how Sindi was. She gathered us like the big sister she was and with wit, experiences that life throws at you and the maturity of being “nearly always” the oldest in the room – shared what she had, she was an excellent mentor to those seeking mentorship.

Sindi graduated from Colorado College in the 80s, won a Fulbright Scholarship and landed at Bayero University Kano (BUK) in Nigeria where she lectured and was a researcher on women’s human rights and Islam for 8 years. She’d found her calling. Sindi went on to become a member of ‘Women in Nigeria’ and served in several capacities crisscrossing the globe advocating for the rights of her sisters in Nigeria. In the last few years, she served on the management boards of the ‘Nigerian Feminist Forum’, AWID and several others, worked for ‘Baobab for Women’s Human Rights’ and more recently became Women’s Learning Partnership Senior Advisor for Africa. Then she started whispering about going back home and many of us did not think this possible. How? Why now? We have not finished the struggle. The reality was that she wanted to be with her family. She wanted to see her grand children and great grand-children.

In colourful and often risqué language one can visualise her saying, she’s glad she does not have to do that anymore with a haughty laugh. Yes, that was classic Sindi.

Sindi lived in Nigeria for 25 years and for every one of those years she was an activist, teacher, mentor, mother, grandmother, great grand-mother and friend. She just wanted to be called Sindi, no extras. No nonsense Sindi did not suffer fools easily. The struggle for advocating for women’s human rights has not stopped! The problems are more complex than before and Sindi is no more.

As you lay in a coma, I knew it was near but I hoped for a miracle. He who knows you best made a decision that you will suffer no more. Adieu, my sister friend my conspirator and mentor for age was no barrier to our friendship. Till we meet again and you tell me in that twang I could never imitate “you crazy girl”.